Why Is Copper an Important Part of Metal Recycling?

There are many metals that are recycled routinely in Australia these days. Other than precious metals, such as gold, palladium and platinum, there are many metal recycling services that are almost entirely devoted to more industrial metals. For example, steel, aluminium and iron are all metals that are frequently reprocessed nowadays so that they can be turned into new products. In addition to these common metals, copper is another important part of metal recycling today. What is it about this metal that makes it such a central part of the recycling industry in the West?

According to the Copper Development Association, a typical European-style home will contain about 100 kilos of copper, largely in the form of electrical cabling around the house. Because copper is an efficient electrical conductor, it is highly desirable in domestic wiring. Strands of copper are relatively easy to form even from solid copper products, so making new wiring makes a great deal of economic sense. Places that provide metal recycling services will often wind these strands together to make new electrical wiring and also components for the sort of circuitry that is needed for modern computers and telecommunications devices. Recycled wound copper also plays a big part in electrical generation, so it is a big part of a sustainable future in terms of energy production.

As mentioned, one of the things that make copper popular among companies that provide metal recycling services is that it is so easy to turn into the new products. This is because copper is often used in an unalloyed state, which means that it does not often need to be separated out from other metallic elements before it can be reprocessed, something that would make its recycling processes more expensive. This type of metal recycling involves the removal of other materials, such as the plastic sheathing that might surround a copper wire. This is cheaper to carry out than separating the component elements within alloys.

Although much of the recycled copper that is in use today has gone into electrical products, this is only one of the industrial uses that the metal can be put to. Recycled copper is almost as popular in food preparation and sanitation products because of its remarkable antimicrobial properties. Indeed, even without its many electrical applications, firms providing metal recycling services would still seek out copper to turn it into hygienic taps, workbenches and sanitation dispensers because it is so resistant to bacterial life forms. 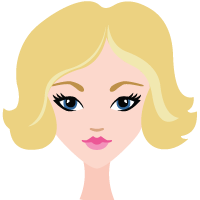 Hello! My name is Micah, and I am an artist, an environmentalist, a lover of forests, a gardener and much more! Over the years, I have discovered that I enjoy doing things that help the planet. As a result, I have learned many things and embraced many ideas about recycling and repurposing. Although you can recycle and repurpose many things, this blog focuses on wood products. If you are looking for ways to keep lumbar, logs, building supplies, railroad ties or old pallets out of the landfill, you have come to the right place. I hope you enjoy my blog and that these ideas help you to help the planet.